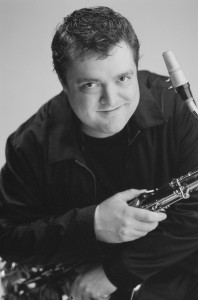 Ross Taggart has been an important part of the Vancouver jazz scene since 1985.

Ross spent two years studying in New York City with saxophone legends George Coleman, Clifford Jordan and J.R. Monterose under the assistance of the Canada Council for the Arts.

He has also studied in Toronto with great Canadian jazz pianists Don Thompson and Bernie Senensky.

Ross has taught and adjudicated extensively for several years and has been a faculty member in the Jazz Studies Department at Capilano College since 1998. As well as Capilano College, Ross has worked extensively at Jazz workshops, festivals and symposiums throughout Canada and in the United States, Brazil, China and Australia. He has done several national and regional recordings for both English and French CBC radio and television.

Ross was nominated in four categories for the National Jazz Awards in 2008 and won in the category of Instrumentalist of the Year.