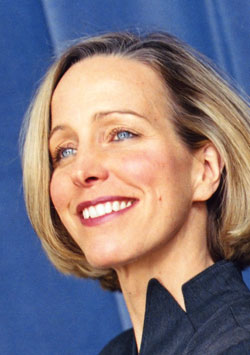 Nan Hughes is a lyric mezzo-soprano whose varied musical interests have taken her around the globe. Solo orchestral appearances include the Vienna Chamber Orchestra, in Vienna and Eisenstadt (Mozart), the Norddeutscher Rundfunk Orchestra in Hamburg (a live broadcast of Pendereçki’s music, conducted by the composer), the Dnipropetrovsk Symphony Orchestra in Kiev, the Calgary, Edmonton, London and Vancouver symphonies in Canada, and the Charlotte Symphony in North Carolina (Beethoven). She has toured throughout Europe, the United States, Ukraine and Brazil as soloist with New York’s Continuum, a contemporary chamber music ensemble. A member of the vocal trio, Times Three (www.timesthree.org), she appears, in Andrews sisters’ style, with pops symphonies in the USA and in Canada.   In Macedonia, she filmed Dimitrije Buzarovski’s Songs of Peace and War for Macedonian television. That cycle was written specifically for her.

Career highlights range from a televised performance at the Casals Festival in Puerto Rico to a contemporary recital at New York’s Museum of Modern Art, performances at the Warsaw Autumn festival, the role of Rosina in The Barber of Seville at the Aspen Festival and singing Mozart and cabaret with the Boston Pops.

Nan sizzles as a cabaret performer. Her expertise in the American songbook literature of Cole Porter, the Gershwins, Harold Arlen, Johnny Mercer, Rodgers and Hammerstein and others has led to many engagements, and her swinging jazz standards have met with acclaim from coast to coast.

A significant portion of Ms. Hughes’ career has been devoted to contemporary music. She created the role of Katherine Anne Porter in Anton Coppola’s political opera, Sacco and Vanzetti. In Sebastian Hutching’s riveting one-act opera, The Agony of Mrs. Stone, the role of Mrs. Stone was written for her. She had the pleasure of working with composers John Cage, Earl Kim, Giya Kancheli, Leon Kirchner, and Roberto Sierra, among others, and has recorded works of Ruth Crawford Seeger (Naxos), Valentin Bibik (Troppenote), Leonid Hrabovsky (Troppenote) and Lawrence Moss (Capstone). Her recording of Berg and Zemlinsky songs with Gruppo Montebello will be released in the summer of 2016, on the Etcetera label.