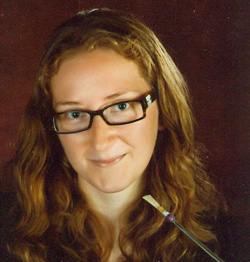 As a chamber musician, she is a member of blå, the faculty woodwind quartet at Willamette University, and has appeared regularly on the Oregon Mozart Players’ Chamber Music & Chocolate series. She is also interested in historical performance practice, and has played Baroque bassoon with the Oregon Bach Collegium, in addition to Classical bassoon, dulcian, shawm, and recorder with period instrument ensembles at the University of Oregon and Case Western Reserve University.

Originally from upstate New York, Ms. Spencer holds a Bachelor of Music degree in Bassoon Performance with honors from the Cleveland Institute of Music and a Master of Music degree in Bassoon Performance from the University of Oregon, where she was named Outstanding Performer in Woodwinds and University Outstanding Performer in Music. Her primary teachers have been Barrick Stees and Steve Vacchi, and she has also studied with Per Hannevold and Steven Dibner at the Aspen Music Festival & School as the recipient of a three-year fellowship in contrabassoon. Ms. Kopchick Spencer is currently pursuing a Ph.D. in Musicology with a supporting area in Bassoon Performance at the University of Oregon, where she has held Graduate Teaching Fellowships in both bassoon and musicology.