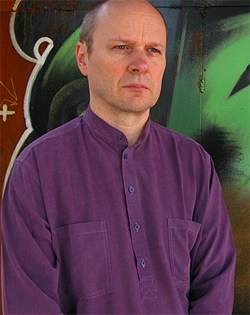 The Finnish cellist Anssi Karttunen leads a busy career as a soloist and chamber-music player, performing extensively all over the world. He performs on modern cello, classical and baroque cellos and on violoncello piccolo.

He is a passionate advocate of contemporary music and his collaboration with composers has led him to give over 90 world premieres of works by composers such as Magnus Lindberg, Kaija Saariaho, Rolf Wallin, Luca Francesconi and Tan Dun.

Anssi Karttunen performs all the standard cello works, but has also discovered many forgotten masterpieces and transcribed numerous pieces for cello and chamber ensembles. His transcriptions include Brahms’s Piano Quintet in version for String Quintet and Variations op. 24 for String Trio, Schumann’s Cello Concerto for Cello and String Quartet etc..

Anssi Karttunen has also appeared as conductor, he conducted Lindberg’s Kraft with the Flanders Philharmonic on a very short notice. He also conducted the Los Angeles Philharmonic cello ensemble, the Gaida Ensemble in Vilnius, NJO String Orchestra etc. Between 1994 and 1998 Mr Karttunen was the artistic director of the Avanti!-Chamber Orchestra. He was the artistic director of the 1995 and 1997 Helsinki Biennale and the Suvisoitto-festival in Porvoo, Finland from 1994 to 1997. From 1999 to 2005 Anssi Karttunen was the principal cellist of the London Sinfonietta.

His teachers included Erkki Rautio, William Pleeth, Jacqueline du Pré and Tibor de Machula. Karttunen plays on a cello made by Francesco Ruggieri in Cremona circa 1670.