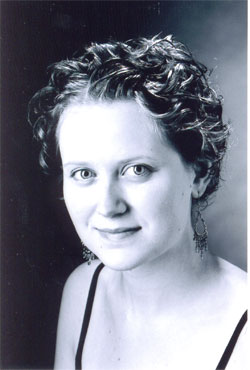 A well-rounded musician immersed in the classical and romantic canon, Alexandra Eastley is principal bassoonist of the Winnipeg Symphony Orchestra. Previously, she had an active freelance career in Montreal where she held the second bassoon position in l’orchestre symphonique de Laval.

Alexandra completed her Masters Degree in solo bassoon performance at McGill University in 2006 where she studied with Stéphane Lévesque.  She also studied with Nadina Mackie Jackson at the University of Toronto before completing her Bachelors degree with Bernard Garfield at the Curtis Institute of Music in Philadelphia in 2004.

She has studied for three summers at the Banff Centre for the Arts and played principal and second bassoon in the National Youth Orchestra of Canada, the National Orchestral Institute, the Sarasota Music Festival, and the Jeunesses Musicales World Orchestra for their tours of Europe and China.