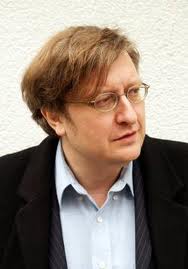 Walter Prossnitz, born in Victoria where he studied at the Conservatory (and was a colleague of Chris Donison) from 1970-77. He made his professional debut with the Victoria Symphony at age 14 and three years later won the Grand Prize at the National festival in Toronto. Later studies took him to Vienna and to New York where he earned a Masters Degree at the Juilliard School in 1984. During this time, he won the Montreal Symphony Competition and was one of the first western pianists to play in the Peoples Republic of China.

Walter has lived in Switzerland since 1987 and has enjoyed a busy international career, playing in some of the world’s most famous  concert halls playing as a soloist with orchestra or in recital. These include Carnegie Hall, the Place des Arts in Montreal, the Pallacio des Belles Artes in Mexico City, Centre Culturel in Paris, the Carl Orff Hall in Munich, the Tonhalle in Zurich, the Sibelius Academy in Helsinki, the City Hall Arts Complex in Hong Kong and the Central Conservatory Hall in Beijing. After 2007 and 2013, this will be Walter’s third time at MBTS.

He was a faculty member at the Zurich Hochschule and Conservatory 1988 -2011. In 2011 he returned to Victoria as Head of the Keyboard Department at the Victoria Conservatory, but decided to return to Switzerland in 2013. Walter has given masterclasses in Canada, the U.S., in Europe and in China. For three years he taught at the Cadenza Summer School in London.

In his spare time he thinks up board games and puzzles, some of which have been published, He is currently working on a series of ebooks, and has also been active as composer and orchestrator.