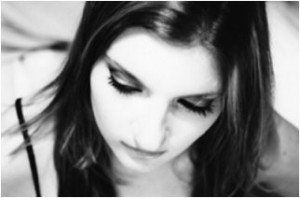 Born in Victoria, BC, Voya Yawney has always had an insatiable passion for music. At an early age, she began singing solos with the Christ Church Cathedral Choir, and soon after, the CapriCCio Vocal Ensemble and Victoria Choral Society. While studying voice performance at the University of British Columbia, she also sang with both the University Singers and the Vancouver Cantata Singers. She has been fortunate to have sung under the direction of John Rutter and Sir David Wilcocks.

Voya’s love of many musical styles has taken her through classical recitals and solo appearances, Jazz and Pop shows, and numerous recording sessions. An active violin, piano and theory teacher, Voya has also coached singers in preparation for auditions and enjoyed the position of musical director in musical theatre productions. Her most recent project has been the production, arranging, and direction of her own show ‘Breaking The Song Barrier,’ which incorporates styles from rock to classical along with choreography and effects. She is currently living in Vancouver and continuing to make journeys across musical borders.