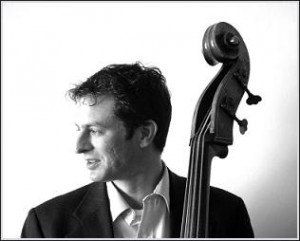 Born in Vancouver and raised in Victoria, Sean Drabitt has earned a reputation as a world class jazz bass player. Spending most of the ’90’s in the vibrant jazz scenes of New York and New Orleans, he was able to work with many of the top names in jazz, including Mark Turner, Kurt Rosenwinkel, all the Marsalis family, Betty Carter, Mike Stern, Greg Tardy, Aaron Goldberg, Eric Harland and many others. He’s also performed on records with Jason Marsalis and Nicholas Payton. Sean’s played in over 40 countries and spent a year teaching bass at two colleges in Seoul, Korea. His most recent projects include his Jaco Pastorius tribute band and Vancouver’s Hip-hop fusion funksters Namedropper.