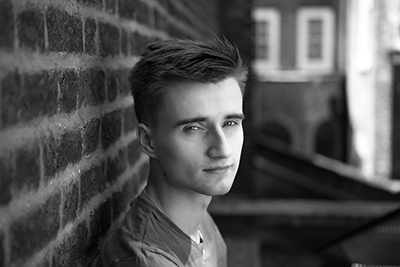 Latvian violinist Roberts Balanas made his solo debut at London’s Royal Festival Hall and Wigmore Hall in 2013 and has performed extensively across the UK, Europe and Asia ever since. He has participated in numerous music festivals including the International Chamber Music Festival Stavanger, Aurora Chamber Music Festival, ProQuartet festival and Halesworth Festival amongst others. His musical collaborations include eminent artists such as Semyon Bychkov, Sir Mark Elder, Edward Gardner and Marin Alsop.

Currently in the class of Rodney Friend on the Master of Arts programme at the Royal Academy of Music in London, Balanas has been mentored by Leonidas Kavakos, Maxim Vengerov and Pinchas Zukerman.

His studies are generously supported by The Countess of Munster Musical Trust, Tillett Trust, Albert Cooper Musical Trust, Colin Keer Trust and St. Marylebone Educational Foundation. He currently performs on a Jean Baptiste Vuillaume violin which has been kindly lent to him from the Royal Academy of Music collection.