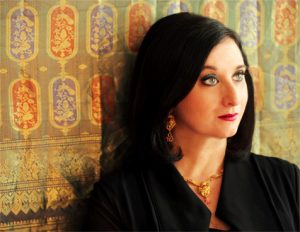 Renee Rosnes is one of the premier jazz pianists and composers of her generation. In 1986, she relocated from Vancouver, Canada to New York City, quickly establishing a reputation as a major talent. She has toured and recorded with bands led by such legends as Joe Henderson, Wayne Shorter, JJ Johnson, James Moody, Bobby Hutcherson, Niels Henning Ørsted Pedersen and recently, bassist Ron Carter. She is a founding member of the all-star octet, the SFJAZZ Collective, with whom she toured for six years. As a leader, Renee has released 15 acclaimed albums and has appeared on numerous other recordings. Ms. Rosnes’ most recent release is Written In The Rocks (Smoke Sessions) and features her longtime band of vibraphonist Steve Nelson, saxophonist Steve Wilson, bassist Peter Washington and drummer Bill Stewart. The album remained at #1 on the Jazzweek radio charts for three weeks. Jazz Times magazine hailed the recording as, “an important piece of music that her peers and followers will undoubtedly study for years to come.” In 2003, SOCAN named Renee Composer of the Year, and she is a four time JUNO award winner. She has produced several concerts for Jazz at Lincoln Center as well as the New Jersey Performing Arts Center. In 2014, Renee arranged music for, and recorded with celebrated soprano, Renée Fleming, and she also frequently performs with her husband, renowned jazz pianist Bill Charlap. In 2010, the couple released their debut two-piano recording, Double Portrait (Blue Note), and the duo was recently featured on four tracks of the 2016 Grammy award winning album: Tony Bennett & Bill Charlap: The Silver Lining, The Songs of Jerome Kern (Columbia, 2015). www.reneerosnes.com

The instrument was scarcely large enough to contain her imagination.

– The Globe and Mail

Rosnes rubs balm in jaded ears. She offers exquisite balances of delicacy and power, witty and weighted ideas, assertiveness and deference.” – Down Beat

She clearly has the world at her own fingertips.  – The Village Voice