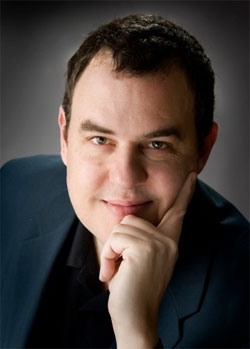 Musician Phil Dwyer has been a force on the international jazz scene for over two decades. A critically acclaimed composer, arranger, and musical director, as well as gifted, intuitive perfomer on both saxophone and piano, Dwyer has performed with everyone from Aretha Franklin, Ian Tyson, and Gino Vannelli to jazz greats like Red Rodney, Ingrid Jensen, Randy Brecker, Tom Harrell, Jim Hall, Dave Holland, Don Thompson, and many others.

Before returning to his west coast roots on Vancouver Island in 2004, Dwyer spent 15 years as one of Toronto’s busiest studio musicians appearing on hundreds of recording sessions, and working as a commercial composer and arranger. He also was a regular performer at Toronto clubs Top O’ The Senator and Montreal Bistro, with Dave Young, Marcus Belgrave, Renee Rosnes, Carol Welsman, Moe Koffman, Randy Brecker and many others.

Doubling on tenor sax and piano, Dwyer was a member of the Hugh Fraser Quintet when they won the Alcan Jazz Competition in 1987 and the Juno Award for Looking Up in 1988. A long-time partnership with bassist Dave Young has produced a pair of recordings including 1993 Juno Award-winner, Fables and Dreams. Phil was also arranger, composer, and conductor on Guido Basso’s 2003 Juno Award-winning recording, Lost in the Stars. Dwyer has also made three recordings with Robert Occhipinti and was a featured soloist on the bassist’s Juno-nominated Yemaya.