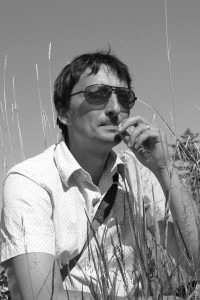 Nigel Boehm has been recognized as an accomplished Canadian cellist through his recordings for Radio-Canada and National Public Radio (USA), dedication to musical education, and many performances as soloist, chamber and orchestral musician throughout Canada, United States and abroad.

Committed to the education of young musicians, Nigel Boehm is a faculty member at Mount Royal University Academy and Conservatory of Music in Calgary Alberta, where he is an instructor of cello and chamber music. An active orchestral musician, Nigel is the assistant principal cello for the Red Deer Symphony Orchestra as well as a freelance musician with the Calgary Philharmonic Orchestra.

Aside from his musical endeavors, Mr. Boehm travels throughout North America and Asia as a consultant, dealer and luthier for Wilder & Davis Luthiers, one of Canada’s largest stringed instrument workshops based in Montreal Quebec and Banff Alberta.

Mr. Boehm holds a Performance Diploma completed at Mount Royal Conservatory, a Bachelor of Music in solo performance with a minor in Musicology and Music History, and a Masters of Music both completed at McGill University.