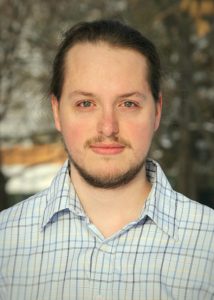 Lucas Alan Blekeberg hails from a sixth-generation Norwegian-American farm in Winneshiek County, Iowa, and is a graduate of McGill University’s Schulich School of Music. Blekeberg studies with Steven Dann in the Artist Diploma Program at the Royal Conservatory’s Glenn Gould School. A multifaceted musician, Blekeberg extracts ideas from a plethora of music traditions and creates music within and without those traditions. As a multi-instrumentalist, he collaborates with chamber ensembles, orchestras, folk bands, and popular artists on stages and in recording studios; improvises; composes for string instruments; writes and performs songs; and teaches music. Recently, Blekeberg premiered his work, Rumination; appeared in the viola section of the Canadian Opera Company Orchestra for performances of Verdi’s Rigoletto; and participated in the COC Orchestra Academy. During the summer of 2018, he is a participant in the Young Artist Program at Scotia Festival of Music, the Chamber Music Session at Domaine Forget, and the Fellowship Artist Mentorship Programme at Music by the Sea.