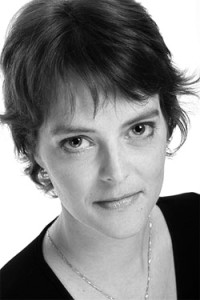 Campbell specializes in movement for musicians to facilitate the creative process and for health and injury prevention.

Her interest in movement as a creative process has developed through one-on-one training with Valerie Dean in Laban-Bartenieff Movement Fundamentals (1998- ) and workshops with Eryn Dace Trudel in Skinner Releasing Technique with (2005-06) and Denise Clarke in the One Yellow Rabbit Performance Theatre Summer Lab Intensive (1998). Campbell is a certified Zen Shiatsu practitioner (Kinéconcept, 2010).

Campbell is co-founder of the Umbrella Ensemble, Ensemble In Extensio, and Maenad Ensemble and with whom she brings music to diverse audiences through workshops and concerts in schools, seniors’ residences, homeless shelters and other unexpected venues. Campbell holds an MMus with a minor in Jazz from Indiana University and an MA in music education from McGill University and is a member of a board of the Canadian New Music Network. Her primary influences include clarinetist James Campbell, jazz pedagogue and composer David Baker, movement coach Valerie Dean, and the One Yellow Rabbit Theatre Company.