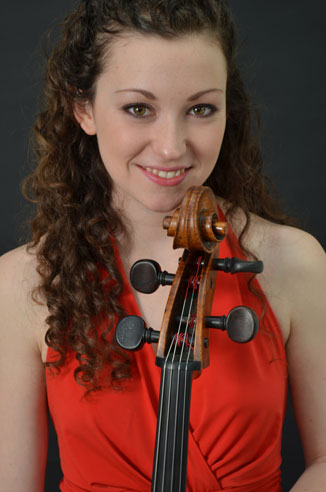 Born and raised in London, Ontario, Leana Rutt was appointed assistant principal cellist of the Winnipeg Symphony Orchestra in 2013. A graduate of the Juilliard School and of McGill University, Leana has performed in halls across North America and Europe from Carnegie to the Concertgebouw.

Leana has devoted much of her musical career to chamber music. She has made appearances with the Winnipeg Chamber Music Society, the St. Boniface Cathedral Grand Concert Series, Virtuosi Concerts, and Stereo Live Toronto. As a member of the Uccello ensemble she gave performances on NPR’s From the Top and at the 2011 South by Southwest festival, and their Grammy-nominated album Meeting of the Spirits was heard on over 100 radio stations across North America.

With a particular interest in new music Leana has given numerous premieres in concert with Groundswell, in Lucerne alongside members of the Ensemble Intercontemporain, and with the contemporary music ensembles of Juilliard and McGill.

Leana has been a participant in the festivals of Lucerne, Aldeburgh, Sarasota, Banff, and le Domaine Forget, as well as the Piatigorsky International Cello Festival. She has performed in masterclasses for cellists including Frans Helmerson, Tsuyoshi Tsutsumi, and Raphael Wallfisch, and has received instruction from members of the Alban Berg, Guarneri, and London Haydn quartets.

Leana started on cello at the age of six with Terry Sefton. She continued her studies with Paul Pulford, Matt Haimovitz and Timothy Eddy.