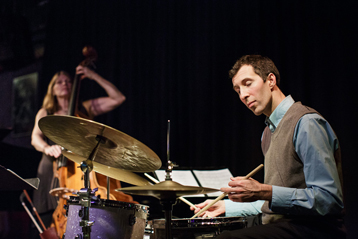 Born and raised on Canada’s west coast, Kelby is connected to small but mighty musical community in his home-town, a great and varied musical community across the country and an ever-changing world of musicians in the Pacific Northwest, and across the US. His passion for the human-element in music-making has fostered a love of numerous world-music traditions as well as artists of all styles and mediums.