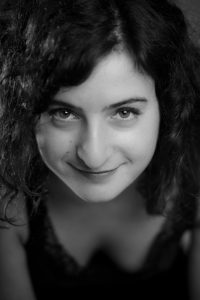 Julie studied the cello in her native city, Montreal, and then in Vienna, Austria. She is a member of Trio Lajoie and a cofounder and member of the piano quartet Quatuor Philanthros and of the cello octet Élément 8. Her chamber music activities have brought her on tour all over Canada with Debut Atlantic and Les Jeunesses Musicales du Canada. Julie has been invited to play in various chamber music festivals such as Music By The Sea (British-Columbia), Rendez-vous musical de Laterrière (Quebec), Rosebud Chamber Music Festival (Alberta) and Rockport Music Festival (Massachusetts). She has performed as a guest artist with ARC Ensemble in Toronto last Spring. She created, along with actor Pierre Mayer, a musical pantomime for kids called Charlot et Mlle Cello, in honor of Chaplin’s famous character. The show gave its premiere in its new symphonic version last November, with the Orchestre Symphonique de Québec.Julie has been playing regularly as a supernumerary cellist with the chamber orchestra Les Violons du Roy (Quebec) and has toured with them in North America and in Europe. She is now the assistant principal cello of the Orchestre Symphonique de Québec.