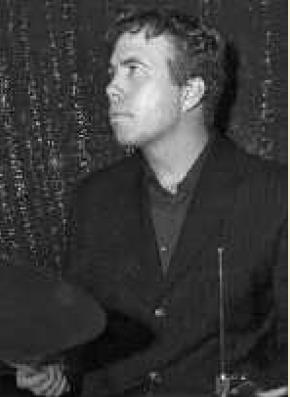 Julian MacDonough is a Bellingham Washington based drummer. Over the past twelve years he has been a full time member of the Mike Allen Quartet/Trio (Vancouver BC), the genre-bending “funk” band Megatron (Bellingham Washington) the Monday Night Project, and alt-country singer songwriter Kasey Anderson (Portland Oregon).

In addition to those bands, Julian has been very active as a freelance musician. Primarily hired as a jazz drummer up and down the west coast, he has also spent a lot of time in recording studios with over 40 CDs under his belt. Some of his favorites are Mike Allen’s 2003 award winning album “Dialectic,”  “Fearless,” (2004) and  “A Hip Cosmos” (2012), Kasey Anderson’s “Nowhere Nights” Havilah Rand’s 2009 “Bengalese Butterflys” Jenni Potts’s “Take This and Go” and New York jazz pianist Aaron Parks “First Romance.” Julian also enjoys his teaching position at Western Washington University as part of the Faculty Jazz Collective which includes the other members of the Mike Allen Quartet.
He has had the pleasure of performing with such notables as Wynton Marsalis, Bobby Shew, Julian Preister, Aaron Parks, Grant Stewart and Brian Lynch.