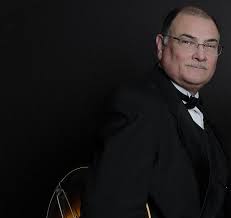 After touring for two and a half years with the Glenn Miller Orchestra as bassist and arranger, Joey Smith was married in Victoria and moved to Rochester, N.Y. to pursue graduate studies at the Eastman School of Music. For the past 18 years he has been bassist for many local groups and has collaborated with various artists during their stops in Victoria. Joey has written numerous arrangements for such groups as the Glenn Miller Orchestra and the Victoria Symphony, also arranging some of the music for the Commonwealth Games in 1994. Currently, several of his arrangements appear on recordings by The Bills and The Marc Atkinson Trio. Joey plays with the Marc Atkinson Trio, the Karel Roessingh Trio, the CanUS traditional jazz band and many other groups in town. He has been a faculty member at the VCM in the Jazz Studies Department since 2004 and has been involved with the Conservatory’s Summer Jazz program since 2006.