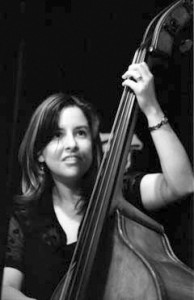 In 1993, Proznick won the General Motors Award of Excellence as one of the top young musicians in Canada. McGill University awarded Jodi a performance scholarship in 1997 as a member of the prestigious McGill Big Band I. In 1998, she won the IAJE “Sisters in Jazz” competition which brought her to New York to perform with trumpet player Ingrid Jensen and a midwest tour of the U.S. to open for pianist Geri Allen. In 2004, her group, The Jodi Proznick Quartet, was awarded the Galaxie Rising Star of the Vancouver International Jazz Festival. In 2007, the quartet was awarded a Canada Council Festival Travel Grant to perform at the Montreal International Jazz Festival as part of the GM Prix De Jazz competition.

You can find more information about Jodi Proznick at www.jodiproznick.com.