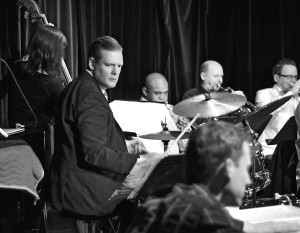 Jesse Cahill is known and respected as one of the top drummers on the Canadian jazz scene. He started playing drums at a young age and worked his first professional gigs at 16 in restaurants and clubs in his hometown of Victoria, British Columbia.