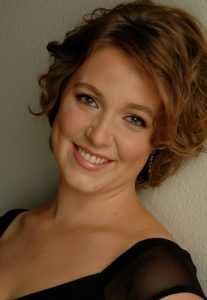 Hailed as “brilliant” by the Berliner Morgenpost and “clearly a singer to watch” by the New York Times, Jazimina MacNeil is a versatile artist whose recent and upcoming performances include concerts with the Tanglewood Music Center, the role of the Subdominant Chord in Steven Stucky’s new opera The Classical Style with the Aspen Music Festival, the Alto soloist in Mahler’s Second Symphony at Carnegie Hall with the New York Youth Symphony, concerts of John Harbison’s music with the Pro Arte Quartet, chamber music collaborations with the Aureole Trio, Electric Earth, and the Apple Hill quartet, a solo recital with the Sideman Projekt in Berlin, a Verdi Requiem with the Brattleboro Concert Choir, a Mozart Requiem with the Albany Symphony, a solo recital at the Curt Sachs Saal in the Berlin Philharmonic, and recitals at the Ravinia Festival and the Marlboro Music Festival. Jazimina received her Bachelors from the Manhattan School of Music and Masters from the Curtis Institute of Music