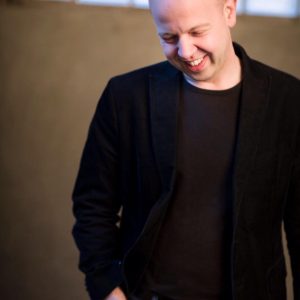 Huw Watkins A pianist and one of Britain’s foremost composers, Huw Watkins, who was born in Wales, performs with orchestras, in chamber collaborations, and in festivals around the globe. He is deeply committed to the performance of new music and has had piano concertos written for him. His own compositions have been commissioned by the Nash Ensemble, the Belcea and Elias quartets, the London Symphony Orchestra, and the Cincinnati Chamber Orchestra, among others. He won the Chamber Music Society of Lincoln Center’s 2016 Elise L. Stoeger Prize in recognition of his significant contributions to the field of chamber music composition. He is a regularly featured on BBC Radio 3, both as a performer and as a composer. He has made several chamber music recordings for Wergo and EMI Classics. NMC Records released In My Craft or Sullen Art, a disc dedicated to Mr. Watkins’s work. He teaches music at the Royal Academy of Music and is Composer-in-Association with BBC NOW