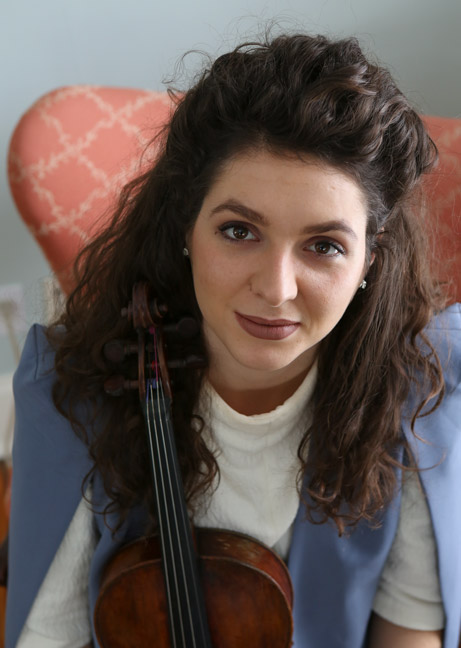 American-German violinist and violist Madlen Horsch Breckbill grew up in Wisconsin, engulfed in the musical world of violinist David Perry and the members of the Pro-Arte Quartet. After completing her Bachelor of Music at UW-Madison, Madlen moved to Toronto to study at the Glenn Gould School, receiving an Artist Diploma on violin and an Orchestral Fellowship on viola, with teachers Paul Kantor, Erika Raum, Barry Shiffman and Steven Dann. Madlen has participated in chamber performances at the Madeline Island Music Festival, Kent/Blossom Music Festival, the chamber program of the Domaine Forget, and as a member of the Fellowship quartet at Music by the Sea. Through these festivals Madlen has enjoyed collaborating with Jorja Fleezanis, Marc Ryser, Steven Dann, Kenneth Slowik, Peter Otto, the Jupiter Quartet and the Ariana quartet.  This past year, Madlen performed as a guest artist with the TSO chamber players; co-founded Asterisk, a conductor-less chamber orchestra; and participated in the COC Orchestra Academy, joining for the production of Götterdämmerung on viola. Madlen is a three- time prize winner of the Glenn Gould School chamber competition, most recently having won first prize as violist of the Hensel quartet. She is excited to be returning to the chamber program of Domaine Forget followed by Music by the Sea this summer.