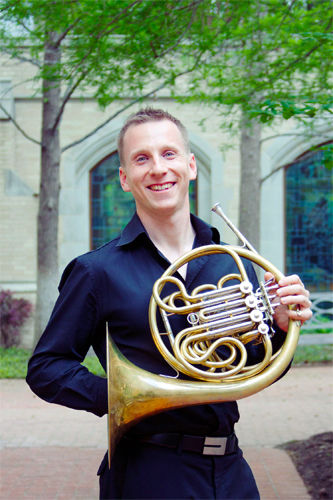 David Cooper is a third generation French horn player having both his uncle and grandmother as professional horn players in the Lansing Symphony. He began playing with Michigan State University ensembles when only 15 and was in the top MSU ensemble at age 16.