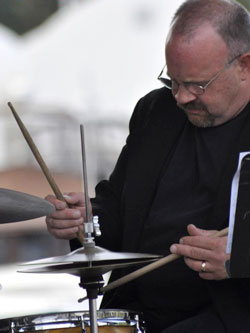 Craig has extensive recording experience in television, film, radio and video games. He has been featured on radio programs such as Almanac, Hot Air, Jazz Beat, and West coast Performance. On television, Craig has played for the series Millennium, performed on Gabereau, and on film played for the movie Music of the Heart. As a session player, he has played on countless local independent jazz albums and has played drums on the video game Monsters Inc., and on the music software Band-In-A-Box. Craig played on Randy Bachmann’s album   A JAZZ THING, and Craig is featured on two Ian McDougall albums, In A Sentimental Mood, and The Very Thought of You, which were both nominated for  JUNO Awards.

As a vibraphone player, Craig plays in the Benny Goodman/ Lionel Hampton tribute band Slipped Disc and has his own quintet with saxophonist and impresario Cory Weeds.