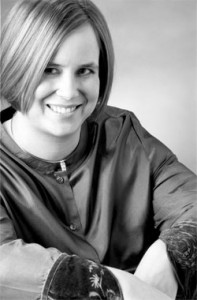 Chenoa Anderson played violin before she learned how to read. At the age of 14 she picked up the flute, and two years later gave up violin forever. She received her early musical training in her home city of Edmonton, then pursued her performance studies further at the University of Toronto (B.Mus.) and the University of British Columbia (M.Mus.). Currently, Chenoa lives in Sackville, New Brunswick, one of Canada’s Cultural Capitals for 2008.

Chenoa has performed as a soloist and chamber musician across Canada, as well as in Germany and Holland. Her interest in new music has lead to collaborations with some of Canada’s most exciting composers, and to dozens of pieces being written for her. As a freelance musician, she has performed with many of Canada’s finest musicians, as well as with a range of Canadian new music ensembles, including Vancouver New Music, Toca Loca, Land’s End, Standing Wave, and New Works Calgary.

Chenoa Anderson’s first solo recording, Big Flutes: Canadian Music for Alto and Bass Flutes was released in March 2006, and was nominated for a 2006 Western Canadian Music Award – Outstanding Classical Recording. She is featured on CDs of music by composers Paul Dolden, Délires de plaisirs (2005, empreintes DIGITALes) and Barry Truax, Spirit Journeys (Cambridge Street Records, 2007), Standing Wave’s eponymous CD (1998), and on the Canadian Music Centre’s CentreDisc Coastal Waves. She has been broadcast on the CBC, and has appeared on Radio-Canada Television.