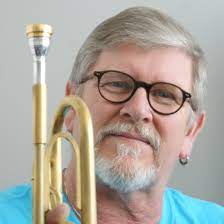 Bruce has been an active writer and performer of jazz both locally and internationally. He holds a Masters degree in music composition and theory, and has had a musical career spanning over 30 years. In Canada he has performed with artists such as Michael Buble, David Foster, Rob McConnell, Maria Schneider, The Glenn Miller Orchestra and The Temptations. While living in Kuala Lumpur, Malaysia, Bruce performed with the Radio Television Malaysia (RTM) Orchestra and recorded with English jazz artist Greg Lyons as well as touring and studio session work. His playing has been featured on several radio commercials and live television broadcasts such as “Anugerah Bintang Popular” which featured Malaysian artists Reshmonu, K.R.U. and “Malaysian Idols” Jacklyn Victor and Daniel Lee . His compositions, arrangements and performances have been featured on numerous jazz and R&B recordings.