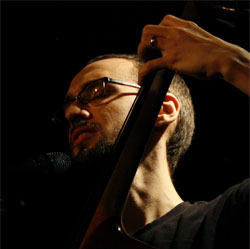 Adam Thomas is a distinctive voice on the Canadian music scene. As a bassist, singer and composer his music has been enjoyed across North America. His studies and performance in music brought him from Vancouver, Canada to North Texas University, on to New York City and back to Vancouver, where he is now based as a performer.